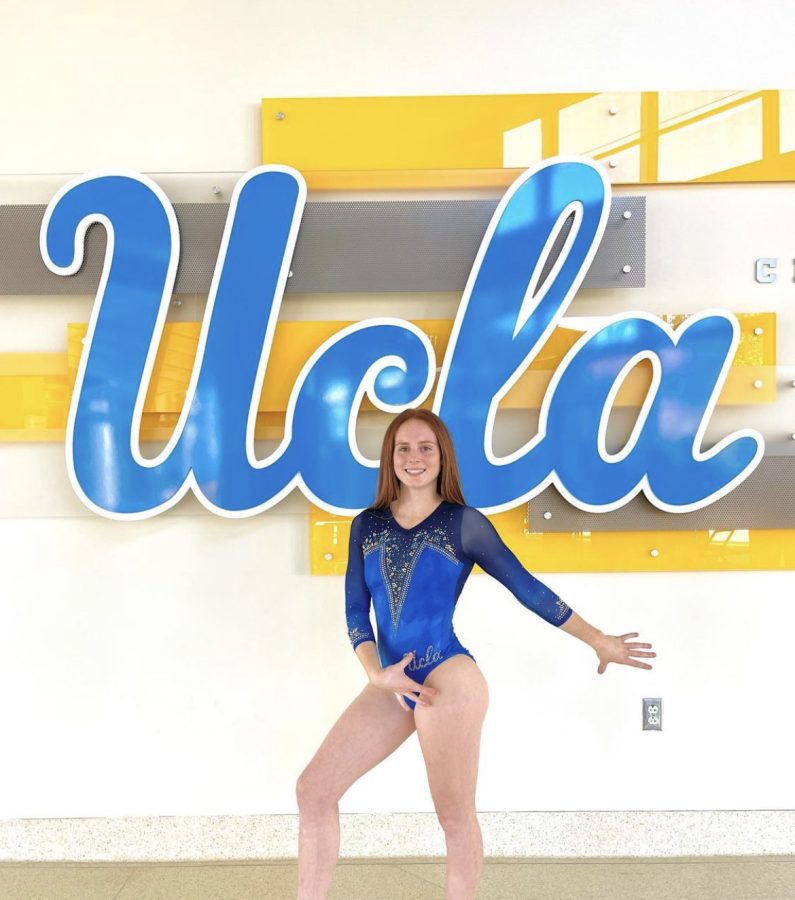 University of California, Los Angeles is known as one of the best and most desired universities in the nation. After devoting her life to the sport, Clara Wren scored a spot on the gymnastics team.

Gymnastics has been Wren’s whole lifestyle ever since she was four years old. She says there have been plenty of both ups and downs throughout the sport, with plenty of blood, sweat and tears. At the end of the day however Wren says the “individual and team feeling with yourself, coaches and teammates is like no other” and has continued to push her dedication and work ethic the last 14 years.

Wren has been doing gymnastics for more than 14 years, with four hour practices five days a week, and with all the hard work and dedication she knew “I wanted all the hours and sacrifice to be put into committing to college.” When deciding to commit to a school Wren always thought she would end up at Arizona State University. “ASU was always my dream school,”  Wren said. However, she ended up committing to UCLA claiming it proved to be “an offer I couldn’t turn down.”

Before committing to any school, let alone UCLA though, Wren had to go through a long, stressful process of talking to the numerous universities she may be interested in and communicating with those interested in her. She advises anybody trying to commit to “have an open mind to all schools because you never know what a school is really like.” She suggests reaching out to coaches early because talking to a school can be very tedious and takes a while. Wren recommended plenty of official and unofficial visits as well to get a feel for schools you may be interested in. Once finally committing after the long journey she was on, it was a “rewarding and flattering experience” to see all the hard work paid off.p

Now that she is officially part of a university team Wren is excited for the whole college experience. She is really looking forward to “getting to be a part of the team” at UCLA and is ready for the fall. Watch out for Clara killing it on the bars at UCLA in the fall.